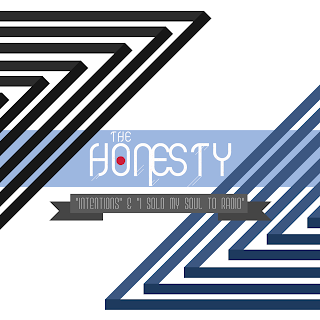 This is an interview with an awesome band called the Honesty. This group is currently made up of Tasha Gilbreath, Adam Jessamin and Mikey Davis (formerly of the Bigger Lights) and they are need of a fourth... The Honesty showcases some great pop-rock, with great male/female vocals. Not only do I like their music, but we seem to have very similar tastes in music we like to listen to. Go check out their new two song digital sampler available on itunes! Also check them out at MYSPACE.COM/HONESTYROCK.
Hey guy and girl, how is everything going?
Everything is great, thanks for interviewing us.
So when did you all officially begin this project?
We officially began this project in September of 2009.
How did you guys meet and decide to collaborate?
We met via myspace. Tasha contacted Mikey about singing after hearing some songs he had been working on. We met when Mikey was selling merch for Sparks The Rescue on the Manatour, and we've been working together since.
The few songs you have put out so far have been tremendous, is a full length album is the works?
We have an 8 song EP that is supposed to come out later this Spring of 2010.
So far, how has the writing process gone? Do you write together mostly?
The writing process for the EP was interesting. We had to write songs over the Internet, then take them into the studio to lay them down. Now we write together and have the luxury of bouncing ideas off of each other, which makes writing easier.
Any plans for touring soon?
We hope to start touring later this Summer or early this Fall.
Quick... top five favorite albums you are both inspired by.
The Almost - Southern Weather
Anberlin - New Surrender
Paramore - All We Know Is Falling
Mute Math - Armistice
Lisa Hannigan - Sea Sew
You both have such powerful voices, who are some of your favorite vocalists you admire?
Mikey: Chris Roe of The Ataris, Aaron Gillespie of The Almost, and Jason Vena of Acceptance
Posted by Mousertime Music And Stuff at 8:41 PM