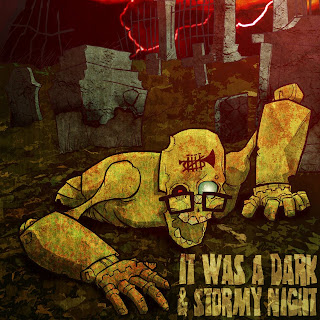 After eight solid years of retirement, Five Iron Frenzy has announced that they will reunite to record a brand new record just in time for 2013(the earliest date they agreed to reunite). The band has put a KickStarter page to help raise funds for the independent album  So far the band has raised over $180,000 by selling some cool exclusive items, and they still have over two weeks left in there campaign. I was able to contact FIF’s lead singer, Reese Roper, to answer some pressing questions regarding the big comeback, future album plans, as well as Roper’s take on the Christian Music industry today. Please go and check out their new single “It Was a Dark and Stormy Night” http://fiveironfrenzy.com/site/album/it-was-a-dark-and-stormy-night/, which is free to download right now! Big thanks to Dave Thomas for all of his help!
(http://www.kickstarter.com/projects/fiveironfrenzy/new-five-iron-frenzy-album/posts/155509)
Also please check out my first interview with Reese: http://mousertime.blogspot.com/2011/01/reese-roper-interview.html
How did the FIF web scavenger hunt come together?
It was the idea of Joel, the guy who runs our website. He is so smart- it is borderline evil.
Whose idea was it to resurrect this awful band and how did this tragedy come to pass?
I guess it was all of us. I don't know why or how it happened, it's just that one day I was a starving musician, and the next  day I woke up and I liked talking about Post-modernism and the Arts-and-crafts style vs. Art Deco. I have a lot of gray hairs and someone is constantly grabbing me around the legs wanting to be picked up. A kid- I think. Anyways, we're old, and we missed the days of yore.
Will this new album lean more to the silly side, or serious side?
This new album will be somewhat like being punched in the face by Pee Wee Herman. Yes, he's hitting you, and that sucks, but really, -PeeWee? You're back? Thank God.
Hope is a very common theme in your lyrics. How do you define hope? What compels you so much about it?
Hope, to me, is wishing for something good to be true. I believe it is inherent in all of mankind to hope, not because we need to escape where we are, but because we have souls- and those souls were made for something greater than this world. I write about it so often because I think it compels us all. I want to make songs that people at any intellectual level can feel stirred by. Hope is the basest of human feelings to me, the feeling that all emotion springs from.
Have you guys discussed a direction that you want to take this album, sound wise? 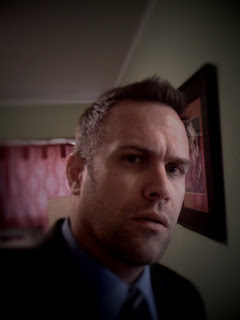 We have all decided, as a group, that this album must be bad-ass. That it must be the best album ever, or we should stay retired. I know, that's very vague, but just wait 'till you hear it.
How did "It Was A Dark and Stormy Night Come Together?" (AMAZING by the way) Is this the only song you guys have in the bank right not?
It is the only song we have a final recording of. There are 5-6 more in the works right now, and hopefully 5-6 more on the way. It is a long and sordid tale on that one, though. We decided last summer to try and make a new album, and hopefully make one free song downloadable at the time we announced it. Scott wrote it and bounced it around to us all via the internet, and it slowly became what it is. He asked me to write new lyrics, but it wasn't until flying to New York (and half in the car on the way to the studio) to record it that I was able to get them the way that I wanted them to be.  Everyone but Micah and Sonnie flew to record in NYC when they could, and recorded it a piece at a time. The guitars were recorded in Denver, and mailed to Jeremy- the producer.
Have you guys practiced for the live show coming up? Just like riding a bike I would assume?
Like riding a bike on a tight rope with replacement hips and knees.
Tell us a little about the KickStarter Campaign. Are you surprised with how it has turned out thus far?
Holy crap? Did anyone see that coming? We thought we could maybe make enough to pay for half an album. Yeeeesh. We are in it deep for sure.
Last time you implied that Christian music is inferior to secular music(I tend to agree). Why is Christian music sub par and what does it need?
Christian musicians today, minus about ten bands, have never had to fight to be accepted or heard like general market bands have to make a living. It's just overlooked that the Christian market is safer and more lucrative, but requires musicianship that applies to the lowest common denominator.  Early on in Five Iron we played a few shows with Less Than Jake. They were by far one of the best sounding bands of Third Wave Ska. What amazed us about them, was that they cared more about their fans- keeping tickets and merch prices low, giving out toys, mailing lists, etc.- than 99% of the Christian bands we had played with. It was humbling. If Jesus Christ truly loves us, and His love has TRULY changed us, then why aren't we losing more blood showing that to the world? Why does this have to be some padded, sad, soft version of music lite, so that grandmas in Family Christian Bookstore will be buying our albums for their grand kids at Christmas? I am SO glad that we all have jobs now. I believe that when Jesus walked the earth He did two things: 1. He came to save and heal the lost, and 2. He infuriated the religious people. Yeah, that's where I'm at right now. I hate the Church and what it has become. We are pulling no punches for this one.
You mentioned the development of Pool Party Death Machine last time we spoke. Any updates on the side project?
PPDM is slowly coming together. Matt had to go on tour in Japan this fall, and I've been working on Five Iron a bit more- but we are still really excited about it. It is just going to be some fun, poppy, new-wave stuff. I've never gotten a chance to write music that poppy, so it's awesome.
Are you going out to the Desert any time soon? Ha.
I wish. I live in Virginia now, and it NEVER stops raining. Never. They filmed Evan Almighty in my town. I am not making this up.
Posted by Mousertime Music And Stuff at 11:25 PM 1 comment:

Check out the following video "Silent Night" Arranged and Performed by Threadbare, Brother and Melanie Annabelle Recorded and filmed live in Marietta, Georgia on December 5, 2011. Video Directed by Brent Clouse Recorded and Mixed by Brian Hansen Cinematography by Takashi Doscher...

For more information on Threadbare, Brother and Melanie Annabelle, check out their facebook sites:
http://www.facebook.com/#!/pages/Threadbare-Brother/138365626208633

Posted by Mousertime Music And Stuff at 11:03 PM No comments: