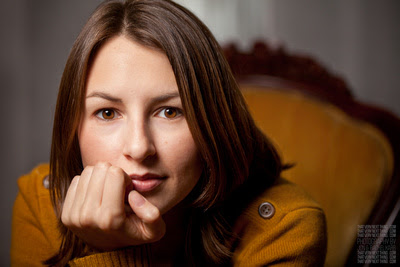 While clicking through a number of artist profiles, I stumbled upon an artist that truly surprised me with her unique tone.That artist was Brooke Annibale.


Following a couple of quick listens to Brooke's songs, I couldn't help but be drawn to her beautiful voice, and honest lyrics.
For the latest information on Brooke, check out her site:
March 9: New Hazlett Theatre Songwriter's Spotlight - 8pm (Pittsburgh, PA)
March 16: NACA Mid Atlantic Fest - East Stroudsburg University
March 20: CLUB CAFE - Pittsburgh, PA 8pm
March 21: La Roche College - 8pm
Who are some people that you have looked up to in the past in terms of stage presence/live performance?
As far as stage presence/ live performance goes, Glen Hansard of The Swell Season is someone I've really looked up to. He can tell a story or the meaning behind a song so well. I also have been pretty blown away by KT Tunstall and Ingrid Michaelson's live performances. They were artists that I definitely liked more after seeing them live because of their stage presence and personality.
Before you began the recording process for Silence Worth Breaking, did you have a direction for the album in mind?
Yeah, I guess you could say that. I had a picture of how I wanted the songs to sound, but as we recorded everything developed beyond my own imagination. Before, I'd always felt I had never achieved quite what I was looking for in the studio. But as soon as we started recording and I heard the band come together on the songs, we just clicked... they just got it, you know? I knew I was working with a bunch of musicians that could really work with me and my songs to fully understand what I had imagined when I wrote them.
How did you land on working with Paul Moak on Silence Worth Breaking?
A good friend of mine from college has been working with Paul as an engineer for a few years now. He had recommended Paul and his studio the Smoakstack to me and had mentioned me to Paul a few times. Once I saw the studio and listened to the work Paul had done with other singer-songwriters I knew i absolutely wanted to do my next project there.
Once you guys got in the studio, how did the song creation process pan out for you guys?
I had sent him demo versions of all the songs a little while before we started. We dug into it right away when and recorded and mixed the entire album in 3 weeks (5 days a week).
Were there any songs on the record that you were completely surprised with how they turned out, from time the song was written to the final product?
Definitely! I was kind of surprised with "Don't Let Them Tell You" - I actually almost cut this song from the album, but Paul insisted on putting it on. So we went for it, and I loved how it turned out. The oldest song on the record was "Yours and Mine" which really developed throughout the recording process into a favorite of mine that I wasn't expecting.
How does the writing process normally pan out for you?
It definitely varies, but it usually starts with a melody and/or a guitar part and fitting lyrics to that. Sometimes it's the complete reverse. Sometimes a whole song spills out in one sitting, but usually it takes a few weeks/months or even a year sometimes. I guess there isn't a "normal" process for me. I just try to keep pursuing new ideas, and try to be patient when I can't find quite the right words or notes...sometimes I have to wait a long time before I finally find what I'm looking for. For instance, "Silence Worth Breaking" is actually the title of a song that didn't make it on to the album. I didn't feel like it was finished yet, and I was right. A few months ago I completely rewrote the rhythm and changed the chord structure up a bit. I also rewrote the chorus for about the 4th time. So I hope the song "Silence Worth Breaking" will finally break its silence sometime soon!
Do you write continuously, or are you more of a periodic writer?
Recently I've been trying to write as often as I can. But there have definitely been periods of time that I'll go without writing a song. That's always frustrating, but then one day it will break. I've been trying to be proactive about writing instead of waiting for an idea to come to me.
Some of your songs have been featured on shows like One Tree Hill, like "Yours and Mine." What have been some of the positive effects that you have seen to having your songs in these shows? Have you had a chance to see the scenes your songs were featured in?
It has been a real honor to have my songs featured on some TV shows. It really has always been a huge dream of mine. I've seen a rise in my online fan base and digital sales. I've watched every episode that they've been featured in so far!
How important is social media/networking to an artist like yourself?
It's definitely really important. It's the only way to connect with fans or potential fans besides touring. I can stay in touch with people and hopefully keep people interested in my music until I release more. 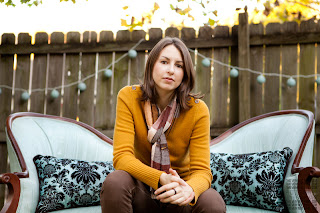 What kind of advice do you have for an independent artist just starting out?
It's funny because the world of an independent artist is already SO different from when I started out in about 2003/2004. Facebook and twitter didn't exist yet! There are so many tools and resources to use now. Obviously use social networks, but also make sure your music is available to the world. People are always surprised to find out my music is on iTunes but it's very easy to get it there! Independent distribution companies like TuneCore or CDBaby make your music available throughout the world with a few clicks. Team up with other artists in your area and surrounding towns and play shows, trade shows, and build relationships with the venues, the artists, and most importantly, those who enjoy your music!
Are you currently working on any new material?
I've definitely been writing songs, and I'm starting to get the itch to get back into the studio again.
Perfect day, driving in your car with the windows down, what are you listening to?
Oh gosh, my favorite time to listen to music is driving in the car, so it's a tough choice! But... Today happens to be a beautiful day and I had to search through a mix in my car to listen to The Shins new single "Simple Song" and turn it up!

Posted by Mousertime Music And Stuff at 9:05 PM No comments: 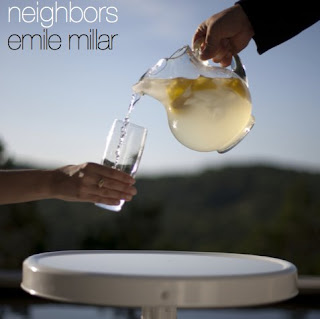 Posted by Mousertime Music And Stuff at 10:51 PM No comments: 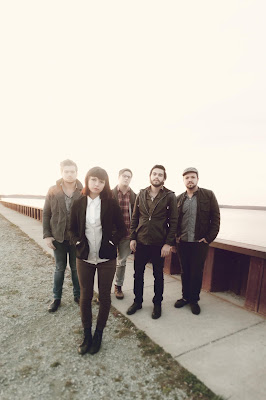 I recently sent some questions over to the fast moving, indie group Belle Histoire. Since their formation a year ago this Cincinnati band has made major headway releasing their debut EP I Can Tell on February 14th, while continuing to work on their debut full-length(due out summer 2012).


For the latest on Belle Histoire, check out http://www.bellehistoiremusic.com/

You guys recently signed with InVogue records, what attracted you guys to them?
Nick is mainly just such an awesome guy, we knew who would work hard for us and he has definitely already proven himself!
Your brand new EP I Can Tell came out February 14th. What would you like for listeners to take away from the album after hearing it?
That there is too much in life for all of us to sweat the small stuff.
Did you have a direction in mind before you began writing/recording the record?
Mainly that I wanted to start writing happier more inspirational music, that still dealt with real life issues and things that people can relate too.
How does the writing process normally pan out for you guys? Is it mainly a collaborative process?
I will go to the guys or just Aaron with all the melody and lyrics, and they build the song around what I already have completed!
Who did you guys work with on this record?
Aaron, our guitarist, and Brandon Weaver, recorded at Brandon’s studio in Covington.
In what ways have you guys grown since your last EP release?
Mainly with our friendships. When we first started this band, none of us were really close at all besides me and Aaron, and now we are a big family, and have grown to be closer than ever.
I cannot get enough of "I'll Be Alright," how did it come together? What inspired the song originally?
Over the past couple months, I have gotten into a new group of friends, and they are all incredibly positive and always telling me that everything will be alright, no matter what!
The music video is fantastic also, where did the concept for the video come from?
Our friend Jeffrey Riley did all of it for us, we were so excited to work with him!
Is there a full length currently in the works?
Yes! We start recording in March and are hoping to have a release in early fall or 2012.
What kind of advice do you have for new independent artists/bands? Any words of wisdom?
NEVER GIVE UP. I think that sums it up.
Perfect day, driving in your car with the windows down, what are you listening to?
Personally, for me, it would be either Death Cab for Cutie or the Clean Head EP by Oceana!
Posted by Mousertime Music And Stuff at 10:33 PM No comments: