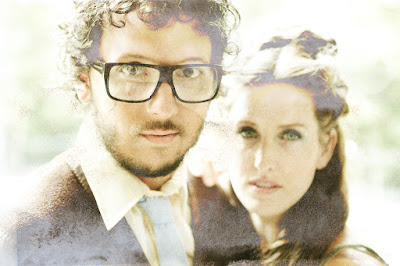 With each release, Gungor breaks barriers by creating honest, heartfelt music that explores many topics including faith, struggle and love, while still providing listener's with a unique sound. Their on-of-a-kind sound is a direct result of Michael Gungor's hodge-podge musical background. Drawing from genres as vast as the differences between jazz and contemporary worship music, Michael and Lisa Gungor intrigue listener's with their lush orchestral arrangements, while inspiring them with deeply honest lyrics. Ghosts Upon the Earth, the couple's first conceptual album, takes listeners on a wildly emotional ride from creation to the fall, making many stops along the way. The album is breathtaking from start to finish, earning the duo's third consecutive Grammy nomination. For more news on the band, including tour dates, check out their website: http://gungormusic.com/


I recently had the opportunity to see you perform in Atlanta, and I am curious what you aim for people to take away from a Gungor show?
Gungor: one of the things I love about art, is that it can say number of things to people. I broad hope is that it would just open people's hearts and that they would experience love, and that that would experience God. That is kind of the broad picture that we stay on, but what I love about those moments is that those broad things can speak individually to everybody circumstances and everybody's day-to-day lives. So as far as what they come away with, I just hope they come away with something that something to them. But during that process, I hope that they feel little bit more human, little bit more alive, little bit less stressed. Just connected to God, to each other and to life.
Ghosts Upon the Earth is a beautiful conceptual album, was that the initial intent. Did you write with the overall picture mind?
Gungor: For Ghosts Upon the Earth, yeah. Not all of the songs were just written for the album, but they were the songs that were chosen for the album and fit the structure and the narrative. We came to the table with like 50 songs (laughs), and we had some songs that we really liked a lot, but didn't really fit the Direction of the narrative that we were trying to tell.
Do you think those songs will ever surface?
Gungor: Oh yeah! I hope so. 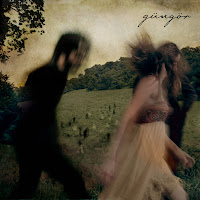 With Ghosts Upon the Earth, what would you like for listeners to take away from the album?
Gungor: The same kind of thing, as the live show. To me, there were a lot of things that we intended to communicate like the story of creation, the fall, redemption and recognize the beauty of life. I hope that people see those things and pay enough attention. I hope that as art, it speaks beyond those things. I hope that those become symbols for more specific stories in their own lives. When they see hear “Let There Be,” they are not just thinking of literally the creation moment, but places of darkness in their own lives and need order where there’s chaos. I hope that it acts as it should and speak specifically, even when it's broad.
You recently wrote a pretty lengthy blog about “Christian” music and how it compares to the “secular” label. What do you feel is the main difference between the two? Do you feel like there's a main difference? 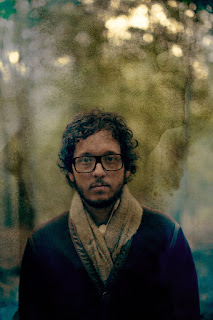 Gungor: To me music is music. A person of faith, a person that calls themselves a Christian, they are the Christian and they make music. Some music has more to do about God than other music, but in reality what makes the difference between “secular” and “Christian” music is simply a marketing channel. That's all it is, people that have labeled something a certain way to reach a certain demographic. To me genres were always an imaginary things, they're just marketing channels. I do think that Christians will make music that oh should have some of the grandest visions of why we should create music and why we should seek to create beauty world. The whole idea of worship being associated with music, it gives you an impotence to make art that is true, that is honest and that opens the human heart to God and to reality. I feel like sometimes we do a good job with that, and a lot of times we don’t. It's hard to make a living in music, so a lot of times in the arts it's safer to kind of fit into a box. It has a better chance of giving you a living (laughs). If anyone should have a reason to not be afraid, to move beyond the expectations of culture, that is kind of the whole message of Christianity. You don't have to be afraid, even death itself does not have power. In Christ, everything is becoming new, everything is different. So I think that if we really believed what we talk about, our music wouldn’t be affected by that.
You mentioned marketability just now, do you see this changing future? Also, what are some things that you guys are doing that are unlike your “peers?”
Gungor: I think everybody is different. We are trying to be ourselves, and other people are trying to be themselves. We all share commonalities with each other, but all of us have different thumbprints. We all have our own unique things. I think I’m just trying to be myself and write songs that are honest. That's what I hear in artist’s that I like. I don't want everybody to try to sound like something; I think that God has given us each unique talents and passions. The things that come out of me will be different than my neighbor, because I have a totally different set of relationships, totally different set influences and personality traits. Specifically what are we doing different? You know, I kind of grew up a guitar nerd and I tried to figure out how to shred on an acoustic guitar as a kid (laughs), while listening to jazz or whatever. So that is kind of a different thing and my church background, growing up with worship kind of the ground that I learned how to play music from. Those are all odd ways of growing up, compared to most people, so I think the music has plenty of uniqueness in that.
Who are some people that you look up to, what music industry as a whole?
Gungor: This one guy that I really like is Sufjan Stevens, who is a person of faith and to me his art truly speaks out of that. Nobody really puts him in the Christian music category, and to me a lot of the songs are “worship,” and explore faith and the hard issues a lot more than some “Christian” music does. There is a songwriter named David Bazan, and he writes lament unlike anybody I've ever heard. If you read the Psalms in the Bible, it is full of dark, lament, “where are you God?” and “why have you forsaken us?” I don't see it that much modern Christian music. I think that lament is a worthwhile endeavor, both biblically and theologically. There is something to the honesty of it, the desperation of it. There are other songwriting people that are inspirational to me. Musically, it's all across the board. I listen to my iPod on shuffle for the most part (laughs), and listen randomly. 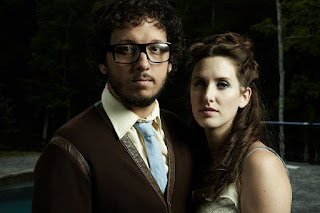 Also in the blog post you discussed the importance of meaning what you say as singer-songwriter, do you think that in some “Christian” music this is not the case?
Gungor: It feels like to me. With this blog a lot of people misunderstood what I'm trying to say. I'm not one to call out an individual and say “I don't think that is honest.” Who am I to know what is in their heart while they are singing it? But, do get this general sense of BS, not just in Christian music but also in a lot of Christian culture. There is a lot of pretending that everyone is perfect, nobody is really going through much. Looking out at a Church congregation, 25% of those women have been sexually abused to the point where it really makes a significant impact on their lives. 80% of men are addicted to pornography. People are just a pain, people are broken, the like were not. Over the last tour me but did a bunch of shows in clubs. Most like a borrowed totally empty at a sold-out show, and I'm thinking “how many of these people really don't drink versus they're just pretending they don't drink because there a Christian event?” This kind of overall sheen that I've sensed in Christian music, in Christian culture, or whatever. Are we really as positive thinking as our music sounds like we are? Do we not really struggle with anything deeper than a couple of lines of angst before the rescue happens? That plastic layer makes what we say we will believe pretty irrelevant to actual life. If we can’t be honest, then what are we even doing? I hope that it's more than the music. I hope that the expression of our faith in our culture, that we have people that step out more and more and honesty and acknowledging the truth about it all. Again, I don't want you to think that I’m calling on individual artists, saying “this person this fake and this person is not.” I do get this feeling that people can be more honest.

Posted by Mousertime Music And Stuff at 9:59 PM