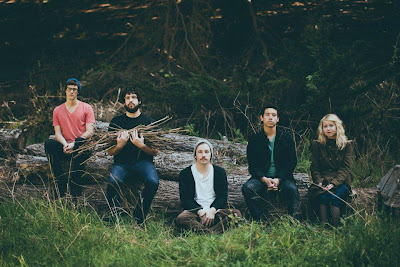 Cliche one to start it off. How did the band originally assemble?

We all met a few years back while attending Azusa Pacific University, a small private school in the suburbs of L.A. Our first two years were marked by late night sing-alongs and bonfires...after a few years of singing other people's songs in our living rooms and around campfires, we realized that we really enjoyed making music together and so, with a handful of songs we'd each written under our own names, we got together and played a house-show of sorts at a friends' apartment. After that, we were hooked on playing with each other.


Your brand new album, Thou Art The Dream, has been generating a great deal of buzz? Have you guys been blown away by the reaction from listeners?


Putting out an album is a crazy thing. We had been playing some of these songs since our very fist show, and had been working on them in the studio for nearly a year before they were released. By the time we released the album, we had become so comfortable and familiar with the songs that we had forgotten how new and exciting these songs would be for our friends who had never heard them. Our fans have never been shy about voicing their affection for our music, and the last few months have been no exception. It's really made the whole process so much more rewarding.


What would you like for listeners to take away from this album?


Musically speaking, we hope that these songs give an indication of what else is to come from us and that our first two EPs were just the beginning for us, but more than anything, we want the people listening to this album to hear in it a message of hope. From the first song we wrote as a band ("Dust and Light") to songs we have written in the last few weeks, the consistent message we are working in to our songs is one of hope. Hope for what could be, hope for what is to come, hope in ourselves, hope in each other, and hope that one day, everything everything will be as it should. As Aaron Weiss of mewithoutYou puts it, that "He'll make right what man made wrong, bringing low the hills, that the valleys might be filled."


How did the writing process pan out for this album? How did it differ from your previous works(Cabin and O'Light)?


Thus far, our three recordings (four, if you include the Merry Christmas EP) have all been entirely different processes. With O, Light!, we were just getting started, and so we picked those 5 songs from a limited pool of material that we had pretty much shaped and arranged as a result of our live experience. With Cabin, we arranged and recorded all three of those songs in one weekend. With TATD, we had dedicated a little over a year to its process, so, one instrument at a time, we pieced it together until everything fit. There were so many sounds and parts and ideas that didn't make it into the final product due to how much time we had to sit with the songs and figure out exactly how they needed to sound. If we had been forced to put this album out in a month or two, we would have had an almost entirely different sounding end product. In the end, time changes everything, I guess. 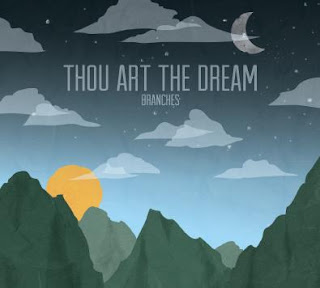 Thou Art The Dream features the perfect balance of upbeat and slower tempo songs. Was this an intentional action? Specifically, I am curious how "Helicopter," "In Your Eyes" and "Going Home" came together(so incredibly catchy!)...


Thanks! Ya, it was definitely intentional. Not that we sat down and said, "OK, we need one more upbeat song to round out this album...let's write one real quick", but we definitely took that idea into consideration when it came to track listing and song selection, and in some cases, made minor adjustments to arrangements and transitions to give the album a natural movement from fast to slow and loud to quiet. With thirteen songs, we were excited about the possibility of branching out into different sounds and styles and expanding the sonic parameters that people may associate Branches with. Especially considering songs like "Letters", "Lullaby", "To The Desert", and "Going Home", side by side, this album felt like a stretch for us. We knew this full-length was an important opportunity to define our sound, and so we enjoyed the opportunity to experiment with new instrumentation and styles while staying true to the sound our listeners have come to expect from us.


Thou Art The Dream features a wide array of instrumentation, was that a goal for you guys? Or did it just come together that way?


In the broadest sense, yes, the use of unique instrumentation has also been a characteristic of our band. Since the first time we stepped into the studio together, we’ve gone out of our way to have fun in the sound-making process. That said, it's a little bit of both. We usually have an idea of what sound we’re looking for, but some of our favorite sounds in the recording process have happened as total accidents. That’s definitely made the studio a fun place for us to be.


With multiple strong vocalists, how do you guys normally decide who leads in a song? Trial and error?


Yes and no. There's some songs that definitely have come together that way. For instance, we first recorded "Humming" on the O, Light! EP as a banjo-guitar duet where I sang lead vocals. When we decided to re-arrange it in full-band instrumentation, we thought it may fit better with Nat at the helm. We tried it once, and were sold. Other songs, like "To The Desert" or "The Inventor's Daughter", for example, were written from the perspective of multiple characters and were arranged with both Natalie's and my own voice in mind for different parts.


How do feel your faith impacts your music?


We all grew up in Christian homes, we've grown up in and around the church, we even went to a private Christian University together. So even though we made the conscious decision to not label ourselves a "Christian band" (which is another interview in itself) the music we are making comes from those convictions and beliefs. We don't sing what we don't believe and we don't write about anything we haven't been through. It's easier that way. But like I said before, whether we mean to or not, the songs that are coming out of us are songs that come from the truth we've experienced. And what we've experienced in our Faith is that there is always hope.


You guys have been putting out a number of "cover" videos lately. What kind of positive feedback have you received thus far? 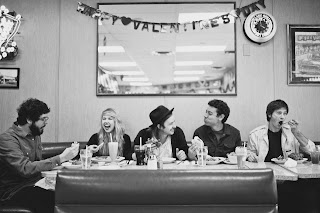 That's been a really fun outlet for us. It gives us a chance to be consistently putting out material, and gives our fans a way to stay connected with us on a month to month basis and to be able to chime in their suggestions for cover videos. It's been a great way for people to discover us who are looking for covers of their favorite songs and stumble on ours. It's also given us a chance to start some good conversations with total strangers about our music, instruments, locations, or whatever. All in all, it's been a great little experiment. We've taken a break from this "Cover of the Month" campaign for the last few months as we've released TATD, and this month we've asked our fans to submit covers of our songs instead, which has been super fun...but we'll be back to it after this round of submissions is up.


How important is social media for you guys?


It's everything, really. People are always talking about how the music industry just keeps changing, and it's true. The kind of access we can now offer to our listeners and they can offer to us is totally new, and I think everyone is still trying to figure out all the potential that lies in the different uses of social media. But to put it simply, it gives us a way to communicate with our listeners frequently and conveniently and to stay tuned in to find out what they want from us. In this DIY age, it's our number one tool for marketing ourselves, and we've been blessed with a group of listeners that shares our online presence generously with their friends and followers.


I am continually fascinated by the idea of Noisetrade, and I see that you guys chose to give away your first single("Helicopter") through the site.Where did you get the idea, and have you seen a direct impact thus far?


We were looking for an efficient and credible way for us to give away our single as a means to promote TATD, and experimented a few months back by giving away our Merry Christmas EP. Noisetrade requires that fans trade an email address for a download, so it gives us a way to track how many people have heard our stuff, and how to keep them in the loop on future news. It's a great way to balance out the growing trend of people expecting a free product by giving the band something of value (namely, an email address) in return. We've loved Noisetrade and will use their platform for any free DLs we decide to do in the future.


What can people expect when they come out to one of your shows? What would you like for them to take away?


More than anything, when people come to sing with us, we want them to have fun. We want them to be reminded that a concert is not a place for people to come and stare at a group of untouchable, unreachable rock stars, but a place to come and experience something beautiful and fun and magical together. We want them to be entertained, to hear great music, to fall in love with a song or two, to meet us, and for us to meet them, to hear some bad jokes while Tyler tunes his guitar, and to leave feeling more full of life and hope than when they walked in. If we can find a way to achieve that, then we will have done our job.


Perfect day, driving in your car with the windows down, what are you listening to?


Well I can't speak for the whole band, but recently I've been listening to The Year of Hibernation by Youth Lagoon. I know it came out like six months ago and I'm totally late to the game, but whatever. It's an amazing record. Other than that, anything by mewithoutYou or Death Cab is generally a pretty safe bet.

Posted by Mousertime Music And Stuff at 5:15 PM