Vocal Few Interview with Matt MacDonald(also of the Classic Crime) 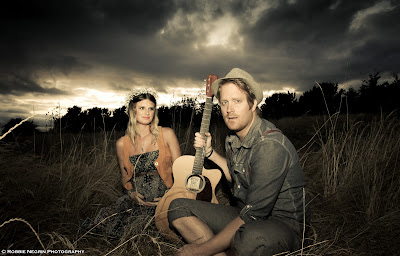 Following the exciting news of finding out that they were going to be first-time parent, Matt and Krisite MacDonald were then met with the realization of how much strain a newborn child would put on them financially. The couple began to brainstorm, ultimately deciding to create a new project designed to help raise money to support their child. Now, after the release of their first EP She'll Be Alright the couple is blown away by the support they have raised thus far. I had the chance to send some questions over to Matt (also, front man of The Classic Crime), regarding the project with his wife and their album's immediate success.
For more information on the project, check out www.facebook.com/vocalfew
What exactly inspired you guys to create this project?

Our baby girl being born. We decided we needed to finally work on a project together, and it was a good reason to raise money for diapers, so it all made sense.

What do you think has spawned the success of this EP, She’ll Be Right?

Definitely not anything we did. The credit goes to the fans for sharing it with their friends and the Divine for blessing it with magic wings so it can fly in front of people’s faces when they're looking for new music.

What would you say is your reaction to its success thus far?

First it was disbelief, then gratitude... followed by hope. Hope that things will be okay.

How would you say you arrived on your “sound," for this project?

I plugged in a started playing. When I was done, this is what we had. Not a lot of thought went into the production to be honest, I just knew it needed to be stripped down and organic sounding.

How does the writing process normally pan out for you? How has this project been different?

Usually it starts with a lyric or a melody line or a chord progression or anything, really. There is no normal with songwriting for me, and this project was no different. I'm not saying that writing songs is magic, but I'm saying its magic.

Do you write continually, or are you more of a periodic writer?

It's feast and fast. I go through periods where I write a lot, and periods when I don't. In the dry periods I usually resurrect older songs from the feasting period and try to re-work them.

How did you arrive on the title She’ll Be Alright?

She'll Be Right, is what it sounds like when Australians say "She'll be alright." It means, things will be okay. I was in Australia right after I heard the news that we were having a girl... so when they said that it meant something a little more to me. Especially when I worried about whether or not she'd survive with a poor musician for a father.

Are you currently planning on releasing a full-length in the near future? Since the EP has done so well…

I'm not opposed, but I like the idea of releasing EP's more frequently rather than releasing a full length every couple years.

You guys put this record together yourself, without spending any money, do you have any advice for new D.I.Y. artists just starting out?

Connect with your fans. It's about the few who follow you, not the masses who don't. If you can give them what they want, they'll share it. Build a story, make it special, and they'll be loyal. 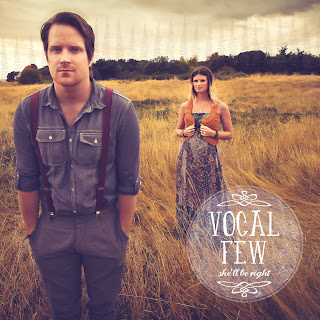 What role does your faith play in this project?

It plays into everything I do because it is a part of me. I don't really think about it when songwriting, I just try to have integrity and be honest about what I'm feeling.

How important is social networking/media for you?

Paramount. Without social networking I am not able to communicate with our fan base, so I'm not able to be DIY.

Are there any artists, or even specific albums that you are really into right now?

To be honest I haven't been listening to music much these days. I go through phases where I listen to music and phases where I don’t. I guess I'm in one where I don't right now. Likely because I'm recording a TCC record and it consumes my time.

Are you guys planning on playing any live shows?

We've only played a house show at a friend’s, but we plan on playing more.