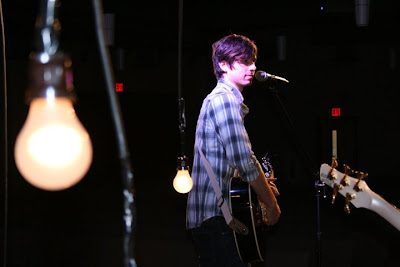 I recently had the chance to sit down with the front man of the Seam (one of my favorite Atlanta based bands), to discuss the release of their debut independent release So Long, Cityscape EP(available for purchase here: http://itunes.apple.com/us/album/so-long-cityscape-ep-ep/id464274037

Cliche one, where did the name The Seam come from? Is there a story behind how it was chosen?
The name The Seam emerged out of a conversation about how we want our music to create an atmosphere where people experience something outside themselves, something greater than their pretenses.   The reason we chose The Seam was because a seam is where two pieces of material join together and are mended into one thing.  There's a union in experiencing music in which the things that we know and the things that are mysteries to us come together and allow us to experience a new reality, one that's more real than our everyday lives.   All music has that potential.  We're simply a group of guys that have that experience when we play and create and so we want to provide that experience with others in an intentional way.  We want our music to provide an atmosphere where people are joined with the unknown so that by the time the song is over, they are different people than when the song began.
How did the project begin? How did the group assemble?
Brad, Ben, and I have known each other for several years.  I've actually known Brad for almost ten years now that I think about it. Basically we go way back to my high school days.  We all met at a church in Grayson, GA and have been friends ever since.  Henry joined the group about a year and a half ago when we were looking for someone to fill in for electric guitar.  A friend of mine referred us to Henry.  Little did we know that we were about the experience that greatest euphoric-sound-creating musician/audio magician from another planet that humans commonly refer to as Henry Grimes.  The band simply gelled naturally and we've been playing together ever since. What can people expect when they see you live?
They can expect to fall in love with our drummer, Ben. It's kinda hard not to. Honestly, they can expect a chill vibe with the occasional rocking tune. It's hard to say really...we do a lot of different stuff.
Who are some bands/artists that you have looked up to in the past, in terms of stage presence?
One of the craziest bands to see live is Mute Math.  There so full of energy and there's never a dull moment.  That's not to say that we flip and do summersaults over the keyboards, but we do like to entertain. 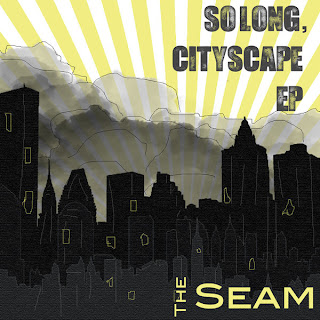 How did the writing process pan out for you guys on your first release So Long, Cityscape? Was it a collaborative effort?
Most of the songs are ones in which I came up with a concept and then took it to the band to tweek.  That was the main process through which most of our songs were written.
What would you like for listeners to take away from your debut EP, So Long, Cityscape?
There's a lot I hope people get out of our music.  Mainly I hope that people experience the force in music that allows us to see things in a new light and question our identities so that we discover truth.
How do you see your faith impacting your music?
That's an interesting question.  We have faith in a lot of different things: love, hope, music, wisdom, and the ability to change.  If by faith you mean spirituality, most of our songs that deal with the subject are ones that ask questions to things we don't understand.  We don't have our lives figured out, we're all searchers for something greater than ourselves.  We do believe in something bigger and we want people to experience it. That answer kind of doesn't make sense. Haha. I think you'd have to come to one of our  shows to see what I mean.
Who are some of your bigger influences right now?
For me, the most recent influences have been the poetry of John Milton, and the music of MeWithoutYou, Mumford and Sons, Radiohead, Muse, McMillan, and the writings of C.S. Lewis--to name a few from quite and extensive list.
How important is social networking/media for bands like yourselves?
Quite.  Facebook has been super helpful in staying in communication with fans.  Reverbnation.com is also a great source for bands that are both starting our and already well established.  I haven't been in MySpace in a while. I'll put that on my "To Do" list.
Any shows coming up?
We have some coming up in the fall.  But the dates are not finalized yet, so those who are interested should stay in touch with us on Facebook for updates.
Perfect day, driving in your car with the windows down, what are you listening to?
Definitely listening to Robert Randolph, Xavier Rudd, MeWithoutYou, Avett Brothers, Radiohead, and CAKE.
Posted by Mousertime Music And Stuff at 12:00 PM