We Are Augustines Interview with Front Man Billy McCarthy(vocals/guitar) 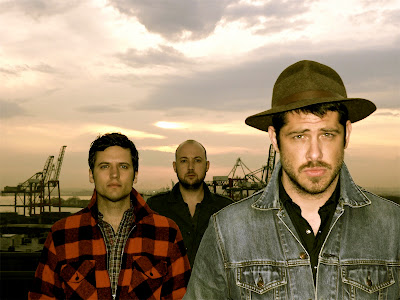 I originally discovered We Are Augustines recently, when their song "Headlong Into The Abyss" was featured as the free single of the week on iTunes. I was immediately hooked. Drawn to the raw, unique tone of lead vocalist Billy McCarthy and decided that I needed more, and soon. In June, the band released their first full-length, "Rise Ye Sunken Ships" record to a sea of raving reviews (no pun intended). The album is the product of several years tireless work by NewYork residents McCarthy and Eric Sanderson, both ex-members of the band Pela. "Rise Ye Sunken Ships" contains a great deal of personal meaning for McCarthy. Listener's of the album will gain a glimpse into the tragedy and conflicts that McCarthy has faced over the past couple of years, as it unfolds song by song. I had the chance to ask McCarthy a few questions about the release, and his get his reaction on how listener's have reacted thus far...

With such personal and emotional content on "Rise Ye Sunken Ships," do you ever find it difficult to perform the songs live, re-living those memories and experiences?"
McCarthy: It has become such a large part of our life the past nearly two years - it has all blended into what we do. Yes it can be difficult, but the greater good that can come from it is what we choose to take from it.
I recently read that finishing the LP was a big personal accomplishment for you guys. What would you say is the next big accomplishment that you would like to conquer?
McCarthy: Being solid conscious human beings. If this ever gets away from that, it's not worth it anymore and that will be the point we walk away.
Before you wrote the record, did you sit down and discuss the direction that you would like to take it in? Or did you want it to unfold naturally?
McCarthy: No, certainly not. I knew it was time to be brave with writing about all that was going on with me personally, but it took lots of songs to get to the songs we picked, ya know?
Are you surprised by all of the positive reviews and remarks of the album?
McCarthy: Yes. I'm not exaggerating... It moves us to tears at times. 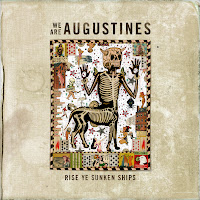 What would you like for listeners to take away from this LP?
McCarthy: Whatever they take, I guess. It is just a collection of songs, just like any body of work, be it a book, album or film, etc. If it resonates then that's amazing. It certainly has for us on our side of things; it was this little bird on our finger, now it's time for it to fly off and see how it fairs in the world. We are proud of it.
What would you say is the biggest difference between this project and previous projects that you have been involved in?
McCarthy: I'd say the looming thought that we should probably quit and that the business of music was perhaps a unhealthy environment for us. We kicked things off broke, in debt, lost, pretty banged up actually, so that seemed to be the starting point rather than a group just wanting to go live the rock and roll dream and play for kicks. It's still unbelievable we stuck it out. Next month is August. It hasn't been two years yet... It felt like much longer.
Who are some artists that you have looked up to in terms of stage presence and live performance?
McCarthy: I think Manu Chao has been a huge influence in the past few years and loads of African and world music … and we are constantly marveling at the dynamics and presentation of old R&B performers from the early-‘60s. Buddy Holly has also been a personal inspiration lately.
How important is social networking/media for artists like yourself? Are you guys fans?
McCarthy: Yes, I don't think we have any purist anti-technology feelings. It's really nice to have a direct dialogue with folks around the world. Hell, it sure beats fax machines, wasting paper, and pricey long distance phone bills of the old days.
Perfect day, driving in your car with the windows down, what are you listening to?
McCarthy: "Sleepwalking" by Santo and Johnny

Posted by Mousertime Music And Stuff at 10:12 PM