Chromeo Interview with Dave One and P-Thugg 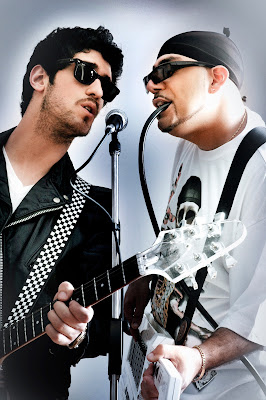 Chromeo is an act made up of two former hip-hop producers hailing from Canada, Dave One (guitar/vocals) and P-Thugg(Keys,Synth and Voice-Box). Their newest release "Business Casual" has been creating a great deal of continual buzz in the indie community.  Chromeo's perfect combination of heavy beats, smooth vocals, 80's synth-pop and the occasional voice-box keeps listeners coming back for more, and their shows sold out. Recently I had the chance to chat it up with this duo, before a show in Atlanta.