Matt "Mojo" Morginsky from the O.C. Supertones and Mojo and the Info. 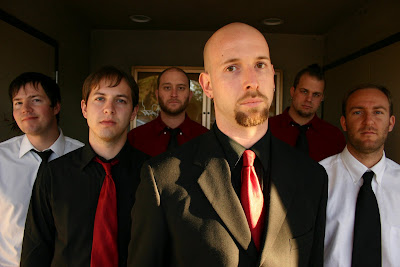 The O.C. Supertones, along with a few other bands, really fueled me to become the huge music fan that I am today. I remember the first time I heard the Supertones, I was hanging out after Church in the youth center when I first heard "Loud and Clear". I remember looking at my buddy Trey and saying "Who in the world is this?" That week I spent $18(worth it) on that amazing album. For four years if you asked me what the best song in the world was, I would tell you "Wilderness" without hesitating. The Supertones bring back some amazing memories like Alive Fest 2003, where I saw Ethan Luck chowing down on a funnel cake but I couldn't get up the nerves to talk to him. Or when I tried to go see them play their last show in ATL with Tatum, but the girl I was dating at the time dropped the ball and drove us to the wrong venue. What made matters worse, my buddy Rob's PARENT's even went to that show. Lastly, that one time I walked in on Dave Thomas playing a"Little Man" trombone solo shirtless, with long flowing hair. He honored them well. The Supertones' album catalog is truly one of my favorite, so check out all of their albums... Alright....It brings me great pleasure to present to you my interview with the front man of the Supertones, Matt "Mojo" Morginsky...

Posted by Mousertime Music And Stuff at 10:00 PM