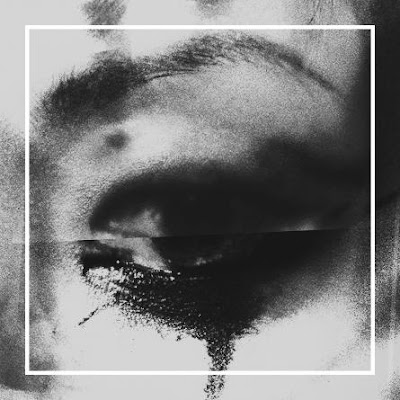 For the latest info on SISU, check out their official website : http://music.sisuband.com/

How long do some of the SISU song's date back?

Vu: I believe the earliest songs date back to a few years, some having been re-worked or remixed from demos from any time in that period.

How  does the writing process for this project differ from other projects that you have been involved in?

This is pretty much my solo project, but I collaborate with my band mate Ryan Wood on the technical side of things. I call him the band "engineer". We would evolve the songs by passing mixes back and forth, which is different from any other band I've been in, where we would sit in a rehearsal space with seeds of songs that we would then develop together. After having written both ways, I would say I prefer to work on my own, or with one other writing partner. Your ideas don't get compromised by band mates who are maybe not on the same page. Some great collaborations happen that way, but overall it's just very inefficient for me and I don't enjoy it as much. I play a lot of instruments, so it's more effective for me to speak to others about ideas, instead of getting really particular about the parts or instrumentation of a song.

How would you say your new full length, "Blood Tears," builds on you April release "Light Eyes" EP?

On the whole, there is much less reverb, and things are more clear. It's more immediate and direct. It's technically recorded better, with better gear, and mixed by long-time SISU supporter, Lars Stalfors, whose recently worked with Chelsea Wolfe and Matt & Kim. Thematically they are related, but the LP is just harder hitting in my opinion. There is a bit more leaning on minimalism on the LP, and direct song structure.

Is there a song that you are most proud of on "Blood Tears," with how it came together from start to finish?

Blood Tears, the title track was the last song that came together for the record. It's quite basic in format, but it's definitely the most dramatic piece on the record. A lot of the songs came about with not much force or struggle. This song in particular started with the synth sounds. They instantly had a mood and feeling and I built it up from there.

While listening to the album, I noticed that you seamlessly seem to blend the soft with the loud, creating such an original sound. How do you think you arrived on that type of sound?

I love drama and dynamics. With SISU, I just want people to feel something. To achieve the highs and lows, you have to have extreme contrasts. Since I have this sort of voice, I want to create grandness around it. I've just always been attracted to this dramatic quality, shock, and surprise. I'm just sick of irony and indifference. I'm a quiet person by nature, but when I perform I want to be loud. Maybe SISU is the manifestation of that--the pull between quiet and loud. 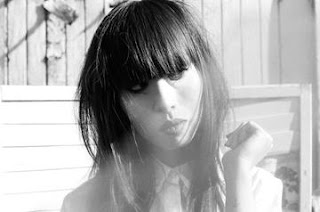 What would you like listeners to take away from this  album, after first listen?
Hopefully it leaves you feeling inspired in some way--to move on, to create, to break free. But maybe after first listen, they will just be stuck in your head.

You have a number of shows coming up, what can people expect when they come to see you live?

We sound quite different live, I think harder. The band on tour right now consists of old friends. I grew up with bassist Dave South and guitarist Tito Echevarria, with whom I played in my first band together. We were 14-16 years old and we played growly, grind core punk. So fast forward to now, we've mellowed out a bit. Drummer Nat Keefer also has a background in hardcore, but we are rounded out by Julianna Medeiros who plays synth and sings lovely backups (also of Dum Dum Girls).

Normally, you are sitting behind a drum kit when you perform(Dum Dum Girls, The Ravonettes, Boredoms and Dirty Beaches), with this project you are front and center. Has it taken some time to adjust? Do you enjoy it more?

Yes, it's taken some time to adjust. The audience looks very different from the two positions. In SISU I'm thrust forward and forced to look square into the audience. It can be intimidating but it's one of those things that's all purely in your head. Playing a lot I've learned how to deal with it. There are some things you can never control though, which can put you back to square one. They're both enjoyable in different ways, but I've got more at stake in SISU.

Are you currently working on any other projects?

I'm writing more for my next record right now, but I'm always interested in other types of projects, if only I have the time!

Perfect day, driving in your car with the windows down, what are you listening to?
For today, let's go with Original Colors by High Places. It really depends on the day though, doesn't it?

Posted by Mousertime Music And Stuff at 6:58 AM