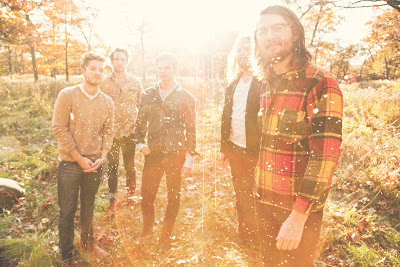 Thumbing through Daytrotter Sessions, I fell across The Wooden Sky. With sweeping melodies, and one of the best voices I have ever heard, The Wooden Sky is truly an amazing act every indie listener must take in. Please check out their latest record, Every Child a Daughter, Every Moon A Sun and their website: http://thewoodenskymusic.com


Have you guys been pleased with the reactions to Every Child a Daughter, Every Moon A Sun thus far?
So far so good. When we were making the record it felt like we were working on something special and as such we were a bit apprehensive about sharing it (but also excited!).
What has been your favorite reaction/review thus far?
A pretty common reaction that I've heard at shows is that people didn't like it as much as the last record, following their first listen of the record. But after a few listens changed their mind and told me they think it's the best thing we have ever done. That feels pretty important to me as most of my favorite records just get better the more I embrace them.
Did you guys have a specific direction, sound wise/sonically in mind before you began the recording process for Every Child a Daughter, Every Moon A Sun?
We had sketches of most of the songs and talked about a general direction. Inevitably, you have to stray and grow from that plan. Looking at where it started to where it ended up I'm very proud of it. It's a continual process and if we were to make the record again now I'm sure it would be a very different record just as a result of the songs evolution via touring.
Were there any noticeable differences in the writing/recording process, in comparison to your previous releases?
We are constantly trying to push ourselves and try new processes. Something I wanted to do for this record was make more solo demo recordings. Certain songs need the energy that a band playing in a room together can provide, they drown without it. Other songs can be suffocated by too many people working on them at the same time. It was fun to work in stages in smaller arrangements and take turns working on things. It relieves a certain kind of pressure while i guess instilling another. No right or wrongs just differences.
What attracted you guys to working with Howard Bilerman again?
His lovely dog...Howard is so good at what he does. Knows how to provide a good working environment and his studio is amazing. It certainly doesn't hurt that it's in a great part of a great city (Montreal).
How does writing a song normally pan out for you guys? Pretty collaborative?
It really changes from song to song. Some are very collaborative while others are not. There really is no typical process for us.
I am currently hooked on "Angelina" and "Child of the Valley." How did the songs originally come together?
"Child of the Valley” was a song I had been working on for A while. I had tried making a demo with a friend visiting from Colorado. After that Simon and I got together for an afternoon and worked out more or less what would be a pretty clear blueprint for the recorded version. It came together really quickly. I think because the demo was so strong, it was actually a bit tough when it came time to do it in the studio. We actually recorded it twice before we managed to surpass the demo.
“Angelina” was a song I wrote after a friend of mine passed away. It was also around the time of the earthquakes in Haiti. I was looking through photos of the aftermath online, there was ukulele sitting on top of our piano and picked it up and that whole song just came tumbling out.
We recorded it pretty much live off the floor and at Howard’s request didn’t really change much. I think we did our best to channel some crazy horse on that one. 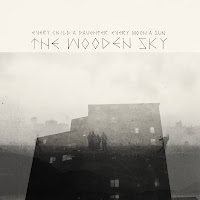 What song on Every Child a Daughter, Every Moon A Sun completely blew you away with how it turned out?
I was really happy with "Dancing At My Window," as it was a pretty tough one. I actually travelled back to Montreal to remix that song and I'm very glad I did. Howard and I spent one last day working on it and I really felt it paid off.
What would you like for listeners to take away from the album after listening to it?
I think the record really speaks to the idea that we are not alone in this world and that truth comes with a lot of responsibility.   Lonely as it can be, life in large part, is about helping one another struggle through it.
What's next on the agenda for you guys? Touring?
We are currently driving across Germany supporting our good friends in evening hymns. We are also playing as their backing band, so we are working double duty!  We are in Europe/UK until mid October then we fly home and tour the following month and a half in North America.
Once December rolls around, we are hoping to be in full swing with our production for the next record.
Do any of you guys have other projects in the works?
We all have our fingers in a few other pies...I'm currently producing a record for a young group called Kalle Mattson which is a bit on hold while we tour!
Perfect day, driving in your car with the windows down, what are you listening to?

Posted by Mousertime Music And Stuff at 8:37 PM