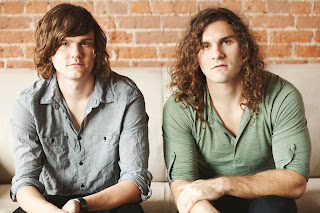 As the Icarus Account prepared to release their brand new album, Carry Me Home, I had the chance to catch up with Ty and find out more about the album! Check out
www.theicarusaccount.com for more info, and links to purchase their new album.
What have you guys been up to lately? Working on a new album correct?
Absolutely! We took the summer off from tour to make sure that we gave plenty of time to focus on the release of our new album.  So far so good! We recorded a few live acoustic sessions coming soon to www.youtube.com/theicarusaccount.  We posted our first music video last week http://www.youtube.com/watch?v=p5sjR4BNph0. Have been working on getting our website www.theicarusaccount.com up and running so yeah it's been a pretty busy time gearing up for the release (laughs).
Did you personally produce the record?
We co-produced the album with our good friend Chase Coy. We were all on the same page with the direction we wanted to head acoustically, with strings, percussion etc. It was definitely a team effort, but chase did a great job producing the strings and percussion that we weren't quite as directly involved with during the recording process.
Before approaching the writing and recording process of this upcoming album, did you guys have a direction in mind?
I wouldn't say we had a specific direction in mind; usually we just try to write songs that are real and personal to us so that other people can relate to them. We want to make our listeners feel emotions when they hear our songs.  There were a lot of happy things that inspired this album like trey's marriage in April 2011; and then some sad things like our parents’ divorce in August 2011 that inspired a lot of the writing for this album.  Whether we intentionally had a direction or not our lives kind of took our writing wherever it pleased.  (Here is a little promo video on the writing/release of the album - http://www.youtube.com/watch?v=AlRgdyKeij0)
How does the writing process normally pan out for you guys?
Typically we will write individually & start with music, then start humming some melodies and blabbing lyrics. Sometimes the lyrics write their own story without us deciding beforehand what we want to write about but usually we tend to pic a subject that we shape the song around lyrically.  We usually don't ask each other for help unless we are stumped on something or want a second opinion on something.
I know that choosing a favorite song on a new album is much like choosing your favorite child, but if you had to pick the song that you were most proud of once it was completed what would it be?
I'd say personally my favorite song is "All I Need" because of the way the writing came together for it in the studio. When we first got to Indiana all I had were melodies, and a few basic lyrics. I had no intention of finishing the song or putting it on the album, but Trey & Chase both said that it sounded amazing and that I should try to make it happen. Any free time we had was spent trying to finish that song and turn it into a story that encouraged people and made them feel like they were coming home. I think the song turned out great and said exactly what we wanted it to. The addition of strings on the final mix also really brought the song home for me. 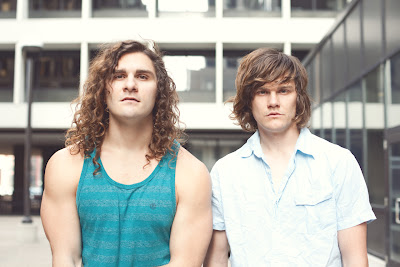 What motivated you guys to put up "Keeper of Your Heart," on Noisetrade?
We love giving away free music.  The exposure you get by giving something away for free is worth the money you might lose in a sale.  It results in more fans, and sometimes more sales in the long run :)
Are you guys planning on hitting the road soon?
Absolutely! We are SO excited to start touring again! Obviously we took off most of the summer to prepare for this release so we are anxious to hit the road again in Oct/Nov.  Looking to do a nationwide tour and probably a few Canada dates as well!
What kind of advice would you have for a band starting up right now?
If I could give one piece of advice to other bands out there I would say "don't wait for anything, get to work and make things happen on your own. If you want it sometimes you have to go get it. You will get exactly what you are willing to put in."
Who are some artists/bands that you have looked up to in the past in terms of stage presence and live performance?
This is a tough question to answer.  We've always appreciated artists who write their own music and sound the same live as they do in the studio. Bands like One Republic (with Ryan Tedder's songwriting abilities/live performance), and Live shows - The Fray, Augustana, Copeland, have been pretty good examples of both of those to us.
What kind of impact has social media had on you guys?
I'm not sure where we would be with our music if it weren't for things like MySpace, YouTube, Facebook, etc.  We might still be playing in local coffeehouses if weren't for the amount of fans we've been able to round up through the internet.  I'm pretty thankful that we live in the world we do today.  The internet is especially helpful for the unsigned artists like us who have no connections to TV/radio/ etc.
Perfect day, driving in your car with the windows down, what are you listening to?
Currently Taylor Swift's new music (laughs). The Fray. Dangerous Summer.

Posted by Mousertime Music And Stuff at 11:56 AM