Several years back I won some tickets to a sold out Lifehouse show in Atlanta. The opening act HoneyHoney, consisting of Suzanne Santo and Ben Jaffe, won over the crowd in record time with their strong acoustic set. Since that moment I have admired the duo a great deal, and their debut record First Record remains in my album rotation. On October 24th, the duo will release their sophomore effort Billy Jack independently on their newly formed label Fontana Records. I had a chance to sit down with Suzanne and Ben to discuss the making of their latest LP, the business side of making their music, social networking and their deep love of Tenacious D. Check them out on their nationwide tour with Joshua James called "Ten Buck Tour" here: http://tenbucktour.com/
Pre-order Billy Jack here: http://honeyhoneyband.com/store
How has the tour been thus far?
Santo: It’s been good you know? There have been a few difficulties with getting ourselves organized, because there is a lot of responsibility in taking care of finances, gear, driving. We are so jacked, as you can see (laughs). The shows have been great, so that is also the bonus and you get to play music for half an hour every night. It’s really a good time.
Jaffe: That’s what it comes to eventually anyway. That really all that matters. I feel better about the shows that we have been playing on this tour than any other tour we have had, so I think it is going amazing! Bam! 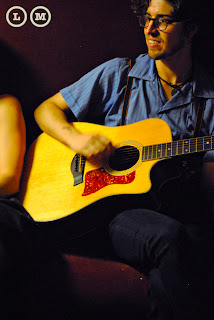 I first saw you guys at the Tabernacle in Atlanta several years back…
Santo: Dude that was a long time ago. We got better didn’t we?
I thought you guys were great then, but yes. You somehow got even better. How long have you guys been playing full band?
Santo: We have had a couple of different members. It is always been us (laughs). We have had a couple different drummers and bass players, but I think that these guys are really going to commit. They have serious talent.
Jaffe: Yeah, we have got to lock them down! I think that all of the swipes that we have taken at creating a full band, we get better every time and realize what we need to do differently. Also, how do we turn this into an environment where this person is getting something out of it the same way that we are. There is always that inequity, where “we are the band members, we sign the contracts and you are just the hired band.” We kind of need to erase that.
You’ve got the new the new album, Billy Jack, coming out very soon. How does the writing process normally pan out for you guys? Is it completely a collaborative process between you two?
Santo: You know, it is starting to get that way. There are a couple of songs on the record that I wrote, and a couple that he (Jaffe) wrote. But, for the most part at the end of it, whether its lyrics, a melody or chord changes it’s always something that we end up working on and finishing together if it’s a HoneyHoney song. We also write a lot of songs that aren’t necessarily for us(laughs), but this record was mostly collaborative.
Jaffe: If it is going to be music that HoneyHoney is playing we have this joint standard. No matter who writes it, it doesn’t matter as long as it meets that standard then we will play it together and it kind of becomes our song. If it doesn’t then it kind of goes a separate way.
Where do some of those songs go? To die?
Jaffe: Yeah, a lot of them wither away.
Santo: Some of them are pitched. We have a lot of friends that write as well, and some of them cut deals so we just kind of put them out there and kind of let them do the work (laughs). I’m kidding, that’s not true.
Was making Billy Jack independently more of a challenge versus making your debut full-length album with Universal Republic?
Jaffe: Yeah, it was a completely different challenge. The politics were different. I don’t know if they were better or worse, but just completely different. We were in the driver’s seat, even though we worked with a producer. This was a record that we shaped and guided, opposed to the last record which was mainly a collaboration between us and our producer and at a certain point it got taken out of our hands.
Santo: It’s funny, because with the first record we had a whole label overseeing it. It was nice to have some guidance sometimes, and sometime saying screw you guys (laughs)! At the end of the day we made a record that we are really proud of. Being in the driver’s seat is terrifying!  The new record took a minute to get comfortable in our own skin, because no one is telling us what to do. It’s liberating, but we are responsible.
What kind of advice would you have for an independent artist that is starting off?
Jaffe: I would say embrace the business side. There is such a taboo about that (the business) taking away from artists, and taking away from creativity. I think they draw from the exact same well and the more you get comfortable with that, the more you get to define your own artistry. Especially now, because there are so many tools. People have been saying this for years, that there are many tools for independent artist and it is the truth. It’s not easy at all, it sucks. There is a lot of give and there is a lot of get too. 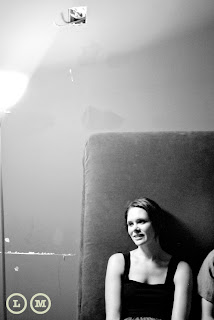 Santo: I think there is another misconception when it comes to record labels that things change. Sometimes you get a little money, these days you don’t really get that much at all. You still have to work hard, so you are almost independent either way if you ask me. It took us a while for us to realize and embrace how important social media is on the internet. We are now consistently writing blogs, or a newsletter, or tweeting and Facebooking. It’s amazing how quickly it changes and people want to connect with you. To be honest with you, I want to connect with them too! That’s part of why I like to make music. I love people and they are so interesting and it’s such an honor when someone that I have never met before is like “this song means this to me.” You just got to keep trucking.
Jaffe: We’re also starting up a partnership that is really exciting for us too, with a record label. We have our own record label now that is being supported by a record label that we have a huge amount of respect for called Lost Highway Records. It’s called Fontana Records.
So are there any artists that you are working with, or developing for Fontana Records right now?
Jaffe: We gotta focus on us and this record right now (laughs). If we get to the point in a few years where we are comfortable and have a real sustainable business with our touring and recording, I would love to work with other artists. A couple years down the road, but it’s a goal.
Perfect day, driving in your car with the windows down, what are you listening to?
Jaffe: Tenacious D’s next record (laughs).
Santo: Before I answer that question, Ben and I were able to go to Jack Black’s 40th birthday and him and Kyle did a whole set! They sang some of the songs that haven’t been released yet and they are just amazing.
How did you swing that?
Jaffe: Our good friend is an actor comedian, is boys with those guys and brought us along.
Santo: Perfect day, I would say Rage Against the Machine or One Day As a Lion. I can really get into that.
Posted by Mousertime Music And Stuff at 9:41 PM