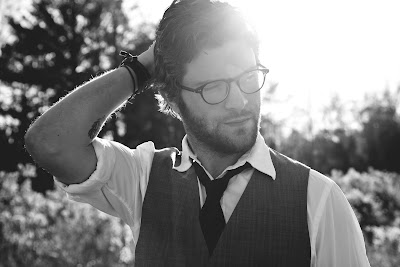 I first saw this guy play for Needtobreathe last fall in Birmingham, when he opened the show with an acoustic set. I was amazed how his presence was able to hush the sold out crowd almost immediately. Literally, by far one of my favorite performances I have ever witnessed. Mayfield was able to give me, John Anthony Mouser III, chills for a record thirty minutes straight with his raw, powerful sound. I have spent many nights avoiding going home, just driving around listening to "Element", "Open Road" and of course "Better."
Since last fall, Mayfield has put out SIX ep's, has had two songs featured on "Grey's Anatomy" and is currently working on his first solo full length. This Birmingham native is also the former front man/songwriter of a band by the name of Moses Mayfield. Please go and check his site and support his independent releases, because they are truly phenomenal.
http://www.matthewmayfield.com/

You have been incredibly busy over the past year, cranking out an ep a month since December of 2009. Are you going to continue this trend for the rest of the year?
The constant output it something that challenges me as a writer--but I love that. I think it also has allowed me to do something that no one else seems to be doing and the fans really appreciate it. I'm planning on taking a break from recording after we finish the full length--tour/live a little. But that's just the 'plan'. I'm not too good at sticking to those.
So you are currently recording your full length? What are some things we can expect to hear on the future full length?
We are taking 5 from the EPs and 5 brand new ones to make a batch of 10 that is the best batch of songs I've ever released in my 27 years. It's miles ahead of anything I've done in the past. This one has some big choruses, a few mellow moments, and a lot of anthems that people can sing back at me. That's what I wanted to do. I'm not interested in the being the next indie hipster scene or in how skinny my jeans can be. That's not my thing. I'm interested in arenas. That was the magic of the music I grew up listening to. Being a rocknroll front man is all I've ever wanted since I was 10 years old. I give it everything I have.
Any future releases from "Matthew Mayfield and the Blue Cut Robbery" in the works?
I'm sure we will make another rock record. That is such a powerful outlet for a side of me that I don't get to tap into very much on the solo stuff. We just finished 3 videos the Robbery and it's exactly what we wanted: a room full of gear, sweat, and energy.
http://www.youtube.com/watch?v=KHM58WbKUoo
Can you tell me a little about your involvement with Pledge Music?
Pledge has opened some huge doors for me lately. We've funded a record that rivals most indie label budgets and we've given over $2000 to the International Justice Mission (http://www.ijm.org/). It's win/win for everyone. Fans get something completely unique, the artist gets the dough to make the record they need to make, and the charity (artist's choice) gets a big chunk of what comes in. I never expected it would do this well. I'm honored to be a part of it and to have fans that actually want to be involved.
http://www.pledgemusic.com/projects/matthewmayfield
How has social media attributed to your success and provided you with support?
It's changed everything for independent artists. There is certainly still value in traditional PR (tv, film, advertising, late night, ect.), but to be able to spread the word about the art for free? Come on, that's pretty incredible. If you're making good music, people are gonna talk about it. They'll tweet about it too.
Over the course of your career you have show yourself to be a prime example of a hardworking, self-made musician. What are some specific lessons/suggestions that you have for aspiring artists?
It's been a long ride. I got signed to Epic when I was 21 and did the whole deal. It fell apart and I've gone the independent route. I think my best advice would be to do it yourself, keep your publishing, surround yourself with people you trust, and don't ever believe someone that tells you 'you're the next big thing'. You're not. I'm not. Those people will come and go. The Machine is fickle. Your fans aren't. As artists, we're all just trying to make a living doing what we love. No different from anyone else.
Who are some of your biggest influences?
Springsteen, Peter Gabriel, Led Zeppelin, The Strokes, Patty Griffin, Damien Jurado... The list goes on forever. I'm lucky to have friends who inspire me all the time as well: The Civil Wars, Needtobreathe, Cary Brothers, Matthew Perryman Jones, Jon Foreman. Watching other people teaches me and helps me to carve out my own sound. We're all just recycling on our influences. What you hear is the sound of those artists swirling around our insides and finding their way back out somehow.
Lastly, what is the most ridiculous thing that has happened to you on tour?
Hmm. The road seems to be a vessel for ridiculousness. Makes me laugh. Recently someone stole all the towels from the dressing room while I was in the shower. I found a couple old magazines to fashion as a loin cloth and shuffled myself at least 100 yards to my bag in the car. Gotta love the old air-dry experience.
Posted by Mousertime Music And Stuff at 5:47 PM