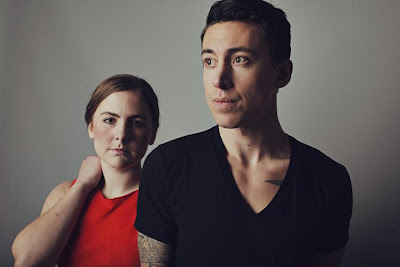 I first encountered Noah Gundersen's music in the live format, while he was opening for one of my favorite singer-songwriters, William Fitzsimmons. Gundersen and his sister, Abby Gundersen, delivered a stunning performace, captivating the relatively small crowd in Atlanta. Following the show, I dug up his pervious releases and immediately got sucked in. Gundersen seems to have an "old soul," painting beautifully touching scenarios and giving listeners the impression that he is wise beyond his years. Check him out, and keep an eye out for some new material coming out soon!  http://noahgundersenmusic.com/


What have you been up to lately?

I just started a two month North American Tour. Our record is almost done being mixed and we're looking into different options for a release.

How did you originally get hooked up with TWLOHA?

6 years ago I was working at Starbucks and struck up a conversation with a costumer, who, unbeknownst to me, was friends with Jamie Tworkowski. I wrote down a link to my music and gave it to him. He later emailed me saying he liked it and had passed it on to "a friend who runs a non-profit". TWLOHA put a song of mine up on their Myspace page and Jamie emailed me inviting me out to play a couple songs before he spoke at a college in Southern California. In the years since, I've done around 15 of these college events with Jamie, all over the country. In February, I opened up the first leg of TWLOHA's Heavy & Light Tour.

Are you currently working on any new projects/records? If so, any idea when listeners can expect to hear them/it?

Like I mentioned earlier, our record is almost finished. We're hoping to release it this fall, but I can't say for sure when it will be out. I also recently produced a record for my siblings band, Le Wrens. That will be out May 3rd.

Are you seeing a change in new material that you are finishing up right now, either musically or content-wise?

Throughout the process of writing this upcoming record, I was doing what I would call "lifestyle experimentation". I was in a new and different place in my life, experiencing life in a way I never had before. I made some mistakes in that time, but learned some valuable lessons along the way. Most of the new songs come from that place. They are very autobiographical. I've always written from a very personal place, but a lot of these songs feel more vulnerable because they come from a place of weakness and uncertainty.

In the past, the questioning of faith was a recurring theme in your songs. Is this theme surfacing in your new material?

Have you had any listeners approach you about your songs that discuss faith? What kind of feedback do you typically receive?

Yes, all the time. It comes up at almost every show. And I love that. I love that a song I wrote in an hour in an old girlfriend's basement when I was 18 could have such a strong and meaningful effect on people. The feedback is often from people who grew up in the church and have the same questions.

How does a song normally come together for you? Do you have a set process, or does it differ?

There isn't really a set process. Most of the time I sit down with a guitar or piano and play around with melody and progressions until something sticks and then try and turn whatever's on my mind into something cohesive. Sometimes it's intentional and other times it's stream of consciousness

Over the last several days, I have been listening to both of your records (Family and Saints and Liars) and I have been blown away. In a number of your songs, you seem to write from the perspective of someone who has lived a long, hard life. Have you always had an "old soul?" What initially inspired you to create songs with this specific type of imagery?

I definitely haven't lived a long, hard life. Compared to some, my life would be considered relatively easy. The themes of hardship and struggle are basic human properties. Pain and suffering have existed since the beginning and will exist until the end, in some form. It just seems appropriate to except and address it.

What would you like for listeners of your music to take away from your records?

Comfort. Solace. Questions. The knowledge that they are not alone.

Random question, have you had the opportunity to see this video? Have you gained any new fans from listeners who looked up this song?

Yes, I have. It's very endearing. And yes, I am happy to say that I think I've gained some new fans, courtesy of some drunken singing.


Neil Young, Tom Waits, Josh Tillman, David Wilcox. All of them have a way of drawing in the listener while appearing completely natural and comfortable. The greatest act is when its not an act.
Posted by Mousertime Music And Stuff at 8:25 AM