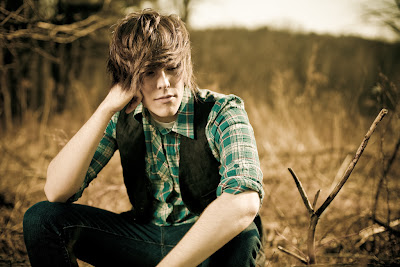 http://www.myspace.com/weatherstar
How has the tour been going? Any memorable events yet?
The tour has been amazing. It's a huge honor to be out with such amazing bands some of which I've been listening to for a long time. I've learned so much from all of the bands and It's been a perfect first tour for this project. Memorable events... pretty much anything to do with Ben from you me and everyone we know. And I think some one peed in some one's suit case at one point.
The name Weatherstar sounds so cool. How was the name developed exactly?
I've always been fascinated with the weather and how it can totally change your mood or emotional state. I reference the weather a lot in my lyrics and it's a theme I want to keep going with as the project moves forward and matures.
How did the project start exactly?
This project started simply as a creative outlet for myself. I wanted to create something that I could really call my own and was 100% proud of. I had been writing to months and months and eventually went into the studio with Greg Dunn - we picked the best of the bunch and tracked them out. I initially released the songs under my name as a solo project but as things moved forward I decided the songs had too much personality of their own to just be tagged under "Cameron Walker"... and I felt they had more of a "band" feel. I renamed the project Weatherstar.
This project started off as just a solo project with just Cameron, when/how did Billy make his way into the project?
I met Billy when I was playing in a band called Linden out in Wisconsin. He is and always has been the best and most creative drummer I've ever played with. As soon as things started moving forward he was my first phone call. He moved out and I couldn't be happier to have him on board. He is also a great songwriter and an overall talented dude to bounce ideas off of. We work really well together.
Tell me a little about the writing process behind the self-titled EP.Were these songs put together for the EP, or were they slowly collected and chosen over time?
Weather or Not I wrote when I was in high school and kind of just wanted a well recorded version of it out there. The rest of the songs were written for the project. I wrote over a period of about 2 months. My girlfriend co wrote some of the songs with me. I really like having other people around me to bounce ideas off of. I think its important to have another ear around to keep me in check. When I'm writing my biggest thing is making music that most people can relate to and find their own meaning in. Shaye is super good with that stuff.
Is a full length album in the works?
Totally. I'm sure when it will be released but I'm flying out to miami in a few weeks to start demoing! I'm really stoked on the direction of the new songs.. but I don't want to say too much... ya know how it is ;-)
You produce some great acoustic work(Weatherstar Acoustic EP), do you foresee another acoustic EP in the future?
Thank you! All of my songs kind of start off with just me and an acoustic guitar. I started off playing acoustic shows by myself so that's definitely something I want to keep going back to. It's refreshing. I feel like if a song is really good then it will still cut through when it's stripped down and acoustic just as well as it does when its all polished up and produced.
What do you think specifically sets you apart from other acts in this genre?
I try to keep things real. I'm all about good production and stuff like that but I try to stay away from getting too synth heavy. I'm really into organic sounds and a straight up pop rock n roll feel. I feel like it's easy to get lost in the whole electro pop scene. I'm totally into that stuff too but for this project I'm trying to keep it real.
Who are some of your biggest influences musically? Both past and present?
Blink 182 is a huge one for me. Saves the Day's "Stay What You Are" has been a huge influence. I'm also really into a lot of 90's rock bands like The Goo Goo Dolls and Third Eye Blind.
What about influences on live performance, or people you look up to as far as live performances go?
It's been a huge honor to watch The Graduate on this tour. They put on an incredible show and I've definitely learned a lot from there set. I've definitely learned a lot from watching Saves the Day live too. I've seen them a bunch of times and they really kill it.
Perfect day,driving in your car with the windows down, what are you listening to?
Blink 182 - Dude Ranch.... always.
Posted by Mousertime Music And Stuff at 9:23 PM