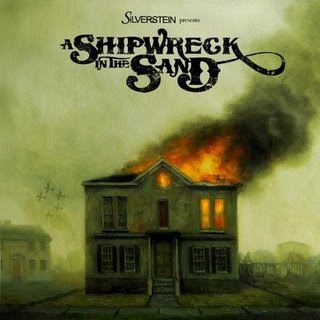 Silverstein brings me back to summer nights, driving back from my girlfriend's house, because I'm not allowed to listen to hardcore music around her( she feels the vocalists are screaming at her specifically). Shane Told is by far my favorite singer/screamer and it is truly an honor to have him be apart of mousertime...
Do you have any side projects or other endeavours when you are not playing shows and recording with Silverstein?
I have a record label called Verona Records. I have put out some amazing records by some awesome bands. Check it out veronarecords.com
Who do you look up to/model yourself after as far as your stage performance goes?
I've always respected performers and musicians who were honest and real. Guys who dress up, wear makeup and say things for shock value have never interested me. I think that's lame. I can't really think of anyone I've tried to model myself after.
How do you normally get influenced to write a song?
Usually most of it stems from a bit of pressure. If you gave me a year to write an album, I'd probably write the best stuff in the last 2 weeks when it was crunch time. I'm a bit ADD. And I need to have that motivation or I'll write a riff or a line I like and then play hockey on playstation for 2 hours.
Who are the main groups that influenced your sound?
Get Up Kids, Grade, Snapcase, Mineral, 400 years, Poison The Well, and the Beatles.
What is the craziest or funniest story that you can think of that occurred while on tour?
Honestly just yesterday we finished the A day to remember tour and there were so many end of tour pranks. It ruled. Every band got pranked at least twice. I don't have specifics bur it was the most fun show I've ever been a part of.
Can you briefly talk about the inspiration behind a couple of my favorite songs, "If you Could See My Soul" and "American Dream"?
Musically, "Soul" was a nightmare to put together. We just couldn't agree on a structure. Lyrically, it was a song I took a different approach. I decided to use the first person as the one who is the deceptive one, making the protagonist more of an antagonist. It's also riddled with cliches and idioms which was intentional as it fit that antagonistic "villian" vibe.
American Dream I wrote all of the music and it was surprisingly easy. Vocals were hard. I actually sat with my friend Chris and he helped me with some of the ideas for it. He basically wrote that chorus melody. After the main parts were in place I made the words fit in with the story of A Shipwreck in the Sand.
What are the top three Silverstein songs that you are most proud of?
1. Call It Karma2. My Heroine3. Your Sword vs my Dagger
How did the tenth year anniversary shows go?
Amazing! So exhausting but so rewarding.
Are y'all currently recording? Soon?
not yet. But we've written a bunch of songs so we're stoked.
How has the tour been going with A Day to Remember and August Burns Red?
Most fun ever. August Burns Red are the best dudes ever and possibly the best band we've ever toured with. All the shows have been huge, we couldn't ask for anything more!
Posted by Mousertime Music And Stuff at 8:11 PM