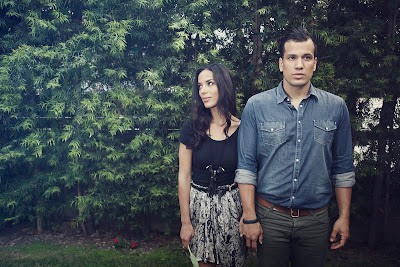 Fairly recently, a friend of mine shot me a random text that only said "JOHHNYSWIM, look them up right now." After a few clicks, I  was immediately drawn into the perfect harmonies and with beautiful melodies of Amanda Sudano and Abner Ramirez 's latest endeavor, Home Vol. 1. Please go check it out and download it at their website.

Enjoy the interview I conducted with one half of the the duo, Abner Ramirez. http://johnnyswim.com/

Could you briefly describe how this project began?
Ramirez: The project began really organically. We wanted to see what would come out of us left to our own devices. We've made recordings with some amazing producers, which we loved, but we had the opportunity to just record at home together, so we decided to dive right in.
Can you recall the moment you realized that your voices fit perfectly together?
R: I don't know if there was one moment, but very early on we realized that we really enjoyed singing together and that it felt special. We also had big crushes on one another at the time, so it probably would have felt special regardless of if our voices fit or not. Singing together was our way of seeing each other more frequently.
Who are some of the main influences on this project?
R: Our influences are pretty wide spread and a lot of them come out on this project. Everyone from Buena Vista Social Club, to Adele, to Sam Cooke, to Fleet Foxes, to Joni Mitchell and Johnny Cash. We wrote with a great write and artist named Britten Newbill, and many writing sessions started with us just sitting around listening to stuff we love like those artists.
Are you currently working on an LP or EP?
R: We are currently writing Home, Vol. 2, which will be another five songs to complete the first batch we put out. We're hoping to have them done by January!
How does the writing process normally pan out for you two? Is it normally a mutual effort?
R: Yes, it's usually very mutual. We do write separately, but when you live in the same house, it sometimes is inevitable that you help each other complete songs. Normally we start with a feeling. Sometimes it begins with an emotion we feel from watching a movie or something someone said or something we are currently experiencing, and then we try to write and play that feeling into something others can feel with us
How did "Home" come together (I absolutely love that song)?
R: Thank you! "Home" was written very quickly actually! We had a lot of fun on that one. We wrote it with Britten one day as almost more of a creative practice. We didn't originally think we would use it; we just wanted to write it. Then we ended up growing very attached to it, and now it's one of our favorites to perform.
Is there a song, that you can recall, that came together effortlessly as if it fell from the sky?
R: "Home" actually was one of those. Also, "Heartbeats" came together very quickly as well. Abner started playing the guitar part, and I sang the melody almost immediately. The lyrics of the first verse came out almost in one fell swoop as well. It's fun and scary when that happens.
What would you like for people to take away from your music?
R: I think the goal for probably most artists and writers is for people to feel connected to the experience of whatever you're writing about or saying. You want them to feel like they have an outlet for their experiences through your songs, because the song exudes it so well. Ultimately, beyond that, we want people to feel a sense of hope. 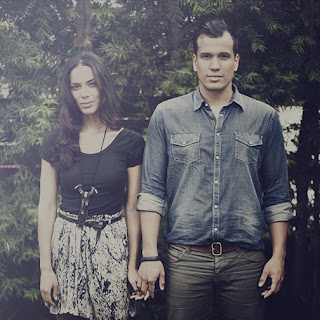 What kind of impact has social media had on you guys?
R: Social media has been such an amazing tool for us. The ability to connect so easily with listeners and to put out songs on our own terms has allowed us to constantly feed the creative fire. We can partially write a song, put it on YouTube and immediately get reactions. We pick songs to record sometimes this way, because we can see what's resonating with people. It's something that artists didn't have in recent past decades. We would have had to tour and rely on radio to get such feedback, but now we can connect so much easier and make friends with our listeners!
What is the next goal for you two?
R: Currently, we are cast in Studio Tenn's production of "Smokey Joe's Cafe", which opens September 20th for a few weeks only in Nashville. After that, it's back to writing and recording!!
Perfect day, driving in your car with the windows down, what are you listening to?
R:  For Amanda, probably Christmas music all year long. For me, it depends on where we are… driving through the canyon: Fleet Foxes, Johnny Cash, Mumford and Sons. By the beach, or in town: something rowdy
Posted by Mousertime Music And Stuff at 8:08 PM