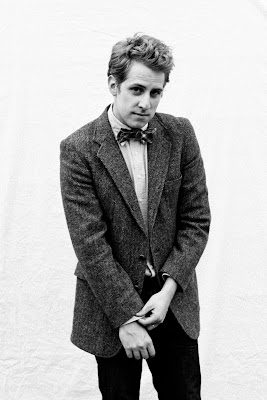 Following a very successful tour with buddy and fellow singer-songwriter Matt Wertz, Ben Rector has hit the studio for his next LP. I had the chance to briefly speak with him and discuss his previous releases, collaborations and writing process. Check him out at http://www.benrectormusic.com/

How was the tour with Matt Wertz?
The tour was really great. You kind of become family with the guys you're traveling with, and we made some great memories. The shows were awesome and all in all it was a great experience.
What would you say people can expect when they come to one of your live performances?
Hopefully a good time.
How does your writing process normally pan out for you?
It really varies. Sometimes things fall in your lap and sometimes you really carve them out. I’ve found that songs I really like can happen both ways. I’ve also been trying to learn when to step away and take a break and when to keep pushing through. For me it's a delicate balance of staying inspired and staying consistent, and I’m still trying to figure it out.
Do you write continuously, or are you more of a periodic songwriter?
Definitely continuous.
How would you say your faith impacts your music?
Anything that's on my mind or in my heart is a big part (directly or indirectly) of whatever I’m doing creatively. So, it plays a big role in the way I write and the reasons I write. I also really value the freedom I have as a Christian that's an artist but not necessarily a Christian artist. I think it can be hard to express certain things about faith when there are a pretty specific set of expectations around what you need to talk about and how you're talking about it.
How would you say you’re writing/recording differed on “Into the Morning” in comparison to your previous releases? 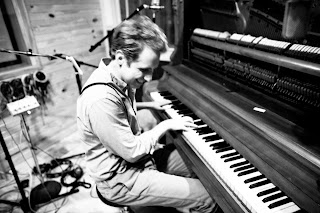 “Into the Morning” was the first album I felt like I was beginning to get in the groove as a songwriter. I was just starting to figure out what I needed to focus on, I also started writing more often and more intentionally. The recording was different in that I co produced it with my friend, Chad Capelin. We made the record really quickly, which I think was good. I didn't really have time to second guess anything.
I heard that you did some co-writing on Matt's latest album. How was that experience?
I really enjoy co writing, it's something I’ve started to do lots more since I moved to Nashville. All the songs Matt and I wrote for his album came together really naturally, as we were friends before we ever did anything musical together. Matt’s a really talented writer and it's always a pleasure to write with him.
Have you done any co-writing with other artists? Is it something that you would like to pursue more in the future?
I have. I definitely would love to transition into being more of a writer at some point in my career. I love playing shows and traveling, but I also love writing for other people, and that's something I’m investing my time in more when I’m home.
What kind of advice would you have for a singer-songwriter just starting out?
I’d say to try to focus on songwriting, on how to write songs that people really want to hear again and again. Everything grows out of that.
How important is social networking for an independent artist like you?
It’s a really big deal. If you're making something that people enjoy, they can tell their friends really quickly and effectively, and that's a big thing for independent artists.
Driving in your car on a perfect day with the windows down, what are you listening to?