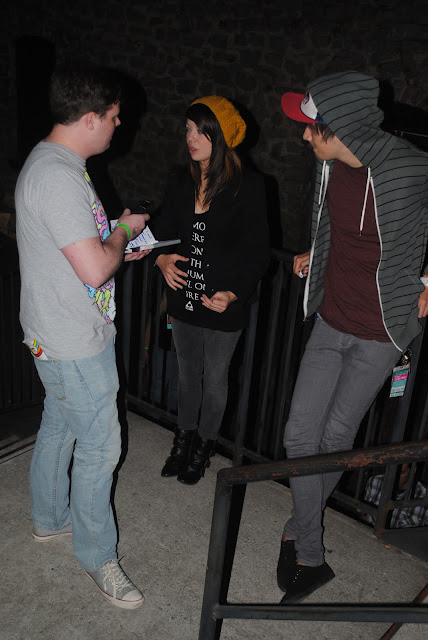 We Are the In Crowd seems to be on the fast track to pop-rock superstardom. Their new EP, Guaranteed To Disagree,” its filled with catchy hooks, strong riffs and dueling vocals that will make you want to roll the windows down! I got a chance to chat it up with Tay(Vocals) and Jordan(Guitar/Vocals), after they put on a high-energy opening set for Hey Monday, Cartel and the Ready set.

”? I heard that the EP came together pretty quick, is that correct?
Tay: Yeah, it was all last minute. There were two songs, “For the Win

Posted by Mousertime Music And Stuff at 4:36 PM

Labels: Jordan Eckes Interview, Tay Jardine Interview, We Are The In Crowd Interview