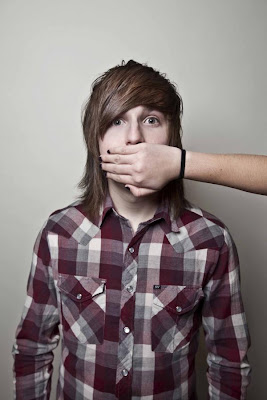 myspace.com/helloastronaut
How did this project come together?
It started with me getting a macbook and just messing around. I started getting a lot of good feedback and its bloomed into what it is now.
So your new EP "The Only One" just came out September 7th, what can people expect from this record?
It's a whole different sound that my previous records. It's a lot less electronic and a lot more organic based. Overall I think it's a pretty fun record.
How did the writing process pan out for this album?
Well I went into the studio with about 10 demos and we cut them down to about 5. I wrote a few choruses in the studio which is actually a lot different from what I usually do.
What about the recording process, did you find it intimidating?
I never found it intimidating, it's a bit nerve racking when you go in and record with someone you just barely met. Usually after the first few days the initial awkwardness is gone and the rest of the recording goes nicely.
How did it differ from your first release(Paper!Snow!a Ghost!), in terms of the recording process?
Well my last release was recording in my bedroom. My latest CD was done in an actual studio. A lot more time and creative energy was put into the latest release as well.
What is one thing that you aim for people to take away from your music?
I would love for people to relate to my music. I always have songs that I can relate to when I'm going through certain things in my life and I hope my music can help someone else get through their problems.
What is the biggest thing that separates you from other acts?
There isn't much that separates me music wise from the rest of the community. I do try to relate to my fans as much as possible. Whether it be replying to comments or hanging out for hours after a show is done. I think this separates me a lot from some bands.
I hear that you can play a bunch of instruments. Are there any instruments that you want to learn how to play?
I would love to learn how to play violin! I think it's such a beautiful sounding instrument.
Who are some of your biggest influences? Past and present...
I really like Tom Petty. Katy Perry is another favorite artist of mine too.
How do you utilize social networking as an artist?
I use it as much as I possibly can. Social networking allows me to show my music to so many more people that might not have heard it otherwise.
What do you have coming up next? Touring? Full length in the works?
I should be touring a lot in support of my newest release. I also have been writing for a full length but don't have plans on releasing anything for awhile.
Thank you so much man! Take it easy!
Thanks!!
Posted by Mousertime Music And Stuff at 6:12 PM